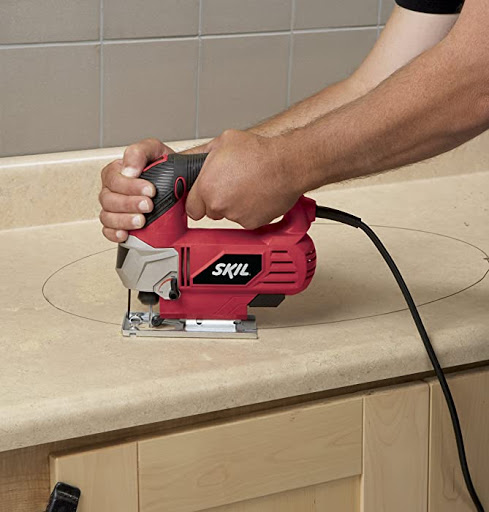 Honestreviewed is reader-supported. When you buy through links on our site, we may earn an affiliate commission. Learn more

You have a woodwork or remodelling or demolition work, but you can not choose the perfect saw for you. And you are in trouble that from jigsaw and sabre saw which one you will pick for your project. Moreover, the difference between the saws is not clear to you. To solve this issue, I have written this article “Sabre Saw vs Jigsaw.”

Many manufacturers used both of these names interchangeably, but between them, there is a significant difference. Moreover, this difference is not only in the feature but also in application though they came from the same family. So, dive into this article to find the differences between them and choose the right one for your work.

What is a Sabre Saw? 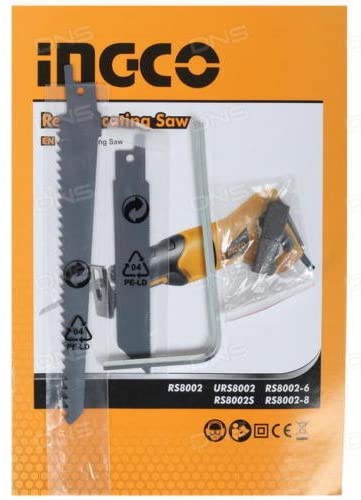 The sabre saw is usually used in massive works because it generates power to demolish any wooden construction. So, this saw is used for demolition work in a construction setting. But it does inaccurate and rough cuts but does its job quickly. sabre saw can not only cut wood but also plastic and metal. But you need to give a little bit force to keep it stable as it usually tends to jump around when you are cutting a rigid material.

For this saw, you do not need any table. You need to press the saw in the material only. Though it is a relatively heavy saw, you may find some which can be operated single-handed. Moreover, you will find a cord or cordless version.

What is a Jigsaw? 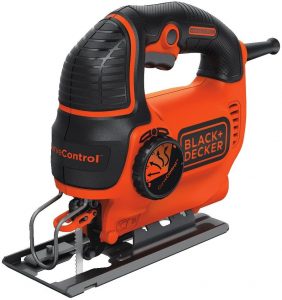 Though sabre saw and jigsaw come from the same family, there is a little different in their action. Jigsaw is made for more precise and smooth woodwork. But it can not tear any wall as sabre saw where the jigsaw is made for cutting sharp angle, circle and curve. It is a versatile and standard tool for any carpenter or any DIYers.

Jigsaw is safer than sabre saw and more stable. This saw need not any table to operate, and you will find the cord and cordless version. Moreover, this kind of saw has many premium features. And you can efficiently operate and cut wood. And many beginnersuse this as their first cutting tool.

This saw is also a reciprocating saw as its blade has a back and forth motion. And by reciprocating motion, the blade cuts wood as a sabre saw. Though jigsaw is generally used for complex and smooth shapes and lines, it also generates some power as a sabre saw. And by this power, you can cut thick board.

Which saw I would use in which work

The basic work for both of the saw is quite the same except for some differences. And based on these differences, their application differs. Before buying one of them, you should pay attention to some points that I will describe below.

If you have any woodworking project with a detailed design, including an intricate shape, then a jigsaw can be the best choice for you. On the other hand, if you have any demolition projects like tearing any wall, then a sabre saw is perfect for you. Sabre saw is a quite rough tool, and for demolition type work, you need not pay attention to the shape.

As jigsaw has multi-functionality for intricate design cuts, it has more features then sabre saw. On the contrary, sabre saw is only used for cutting, not for designing. That’s why, having more features, the price of the jigsaw is a little bit higher than sabre saw.

These points are the basic outline for choosing one of the saws. Moreover, I can not say what saw you need. Basically, it depends on what type of project you are doing.

Today, what we call jigsaw originated from a scroll saw, a small stationary power saw. A scroll saw is remained fixed in a tabletop where the timber or board is being cut. This kind of saw has a traditional reciprocating blade which is secured by screw at both ends. And you will find the early scroll saw which blade is screwed at one point only.

The modern version of this kind of scroll saw is known as a jigsaw. Once jigsaw was stationary, today, the jigsaw saw is portable and has multi-functionality to cut any smooth shape.

Ans: No. There is a significant difference between their features and also in the application. Sabre saw is made for rough work. You can cut hard plastic, materials, thick timber etc. But for a smooth and detailed cut, you need a jigsaw. And by jigsaw, you can cut only wood or soft materials.

Ans: Sabre saw used for fast cutting. Sabre saw’s application is as like as reciprocating saw, and that is remodelling and demolition. Sometimes this tool is used for shaping metal.

I hope you have perfectly known the difference between sabre saw vs jigsaw and their application, advantages and disadvantages. I think the points I have described in this article will surely help you clarify confusion as both of them are incorrectly referred by many people.

So, choose the right saw for your project. But before choosing one, consider every step of your project or work. You may need only one throughout the project or both of them.

As a final reminder, I want to tell that you have any tough job like tearing any old wall; you should use sabre saw. On the other hand, to cut curve shape or any angel, use the jigsaw. But if you choose the wrong one, then you will ruin your project in the long run.

Honestreviewed is reader-supported. When you buy through links on our site, we may earn an affiliate commission. Learn more

How to Read OBD2 Codes Without Scanner

Best Electrician Tool Belts In 2021 and Beyond

ABOUT US
Just as our name proposes, we review products. For several years, we’ve been one of the most important and most comprehensive product review sites online. We review baby products, home, and kitchen products, tools and residential improvement products, sports and outdoor products, etc
Contact us: contact@honestreviewed.com
FOLLOW US
© 2021 Honestreviewed, Inc.
MORE STORIES